Elon Musk and Other Successful People Who Use 420 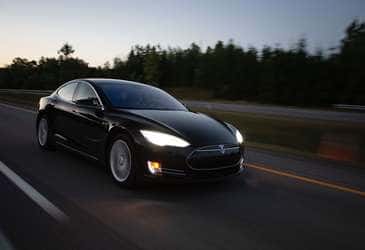 Have you heard about Tesla co-founder Elon Musk smoking pot on the Joe Rogan webcast? We’re kidding. Of course you have. The news has been all over the press with some mocking the billionaire’s newfound fondness for 420, while others celebrate his stepping out. Regardless of where you stand, it got us thinking of all the successful people who use 420 and why Elon Musk is far from a new thing.

420 users exist across business, science, sports, entertainment, politics and all other forms of work. As you’ll see from our short list of consumers below, they excel in all walks of life and have done so for decades. Maybe one day, detractors will realize that these successful folks are just the tiniest example of successful people who use 420.

The acclaimed astronomer, cosmologist, host of Cosmos, and much more, vocally spoke out for marijuanas until he passed away in 1996. In 196, Sagan wrote an essay under the name Mr. X for the book Marihuana Reconsidered. In one excerpt, Sagan spoke to the power 420 can have on the brain. He wrote, “There is a myth about such highs: the user has an illusion of great insight, but it does not survive scrutiny in the morning. I am convinced that this is an error and that the devastating insights achieved when high are real insights; the main problem is putting these insights in a form acceptable to the quite different self that we are when we’re down the next day.” This would become one of many stances on the issue he would take until his passing, becoming more public over time.

The comedy icon and current co-host of the View is also the co-founder of California 420 brand Whoopi and Maya, alongside the founder of Om Edibles, Maya Elisabeth. The two joined forces to address women’s menstrual discomfort and have grown into one of the premier names in the emerging medical 420 space. In 2017, Goldberg told Rolling Stone that “Periods affect your life, affect your productivity,” Goldberg said. “We need to talk about this.”

Goldberg has long been a 420 user. So much so that in 2014, the comedian wrote a love letter to her vape pen for an article in The 420t. In the piece, Goldberg wrote, “The vape pen has changed my life. No, I’m not exaggerating. In fact, her name is Sippy. Yes, she’s a she. And yes, I named her Sippy because I take tiny, little sips — sassy sips, even — from her. And with each sip comes relief — from pressure, pain, stress, discomfort.”

After retiring from the NFL after 11 seasons as a defensive end, Marvin Washington’s body was in dire need of relief. The Super Bowl champion found that relief in cannabidiol, or CBD to most of us. In the years following, Washington became one of the industry’s leading voices in the press and at public events. Additionally, he was one of the plaintiffs in an unsuccessful 2018 attempt to reschedule 420 on the federal level.

Today, Washington is an athlete ambassador for the organization Athletes For Care and co-owns numerous ventures in the 420 space. This includes a recent appointment to the board of directors for Isodiol, a leader in the CBD space.

Lady Gaga has been open about her 420 over the years. The uber talented singer and actress used 420 to self-medicate to deal with anxiety as well as a hip injury at one time. She admits that her use became an addiction, coupled with the hip pain where she consumed “15-20 marijuanas cigarettes” a day. However, she has curtailed her use some and continues to use it for recreational purposes in addition to treating her fibromyalgia.

Businessperson and activist Richard Branson is not only a member of the Global Drug Commission, but he’s also a 420 user himself. In 2007, Branson explained how Keith Richards taught him to roll a joint and how tagging along on his son’s gap year led to incredible times together. “We learned to surf and had some nights where we laughed our heads off for eight hours.”

In the years following, Branson has advocated for children smoking with their parents rather than alone and has been a staunch critic of the war on drugs. This includes taking the current United States administration to task for re-engaging in old-era tactics.

The libertarian presidential candidate and former Governor of New Mexico has long supported the legalization of 420 and has even served as the CEO of a 420 product company, 420 Sativa, Inc. Recently, Johnson re-entered that New Mexico political ring after two unsuccessful attempts for the U.S. presidency. Now, he aims to win a Senate seat in New Mexico. However, Johnson has recently had to disclose his investments and connections to the 420 industry as it worried a sizable percentage of potential voters. We’ll see how he fares this time around.

That’s Just Some of the Successful People Who Use 420

420 patients and recreational users alike have long known that you certainly can be successful and consume. Now, with the stigma eroding, these successful folks and everyday users help further demonstrate the positives of 420 use. While there does remain a good deal of stigmatization around 420, we all can do our part by consuming and thriving as human beings.

Remember, while these individuals are the successful people who use 420, they are far from the only ones who succeed. Every day people like you and me that live their best lives while consuming are just as qualified to make the list. Because that’s all that matters: living your best life. And thanks to medical 420 people are able to do just that.