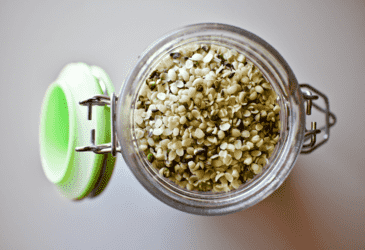 Hemp’s history as a healing property has been long chronicled throughout time. The first mention of it dates back to ancient Chinese civilization. The first written record of hemp as medicine came in 2737 BC. At that time, Emperor Shen Neng prescribed hemp and marijuana for a range of conditions from gout to childbirth. Its healing properties spread throughout the region, expanding into the Middle East as well as parts of Africa and India.

At this time in history, uses for hemp and cannabis tend to blur into one another in written history. However, hemp extended beyond health care. Ancient civilization understood the practical uses of hemp in everything from clothing to tools to food. The infatuation for hemp continued across the globe, eventually reaching the ancient Romans and extending through the American Revolution.

The momentum for hemp only halted thanks to the Reefer Madness paranoia of the 1900s and early 2000s. Today, however, optimism for hemp is back on the rise. Much like our ancient ancestors, people across the world are beginning to become reacquainted and researching hemp for its medical and practical uses in today’s society. In addition to rediscovering its uses, modern advancements have opened the door for further applications to benefit those most in need.

CBD is one of the hottest items in the cannabis market today. The extracted cannabinoid can be found in both cannabis sativa as well as cannabis indica. Hemp-based CBD oil comes from cannabis sativa, which produces trace amounts of cannabidiol. Hemp is low in THC and is largely unaltered during cultivation. The end result allows CBD to treat ailments without getting a patient high. This change in effect is because CBD does not bind to the same receptors in the body as THC does.

How CBD exactly works with the body has remained largely a mystery in the modern era thanks to prohibition and the subsequent ban on research. Though, the changing sentiment in cannabis has opened doors for further research into how CBD and the body exist together. While several experts and publications said CBD binds to the endocannabinoid system, a recent study suggests otherwise. Today, findings are starting to show that, instead, CBD might activate or hinder other cannabinoids in a person instead of binding to receptors.

These findings highlight the need for further research. At the same time, the need for additional public awareness continues for both patients and practitioners. While products need regulating for proper labeling, patients also need to understand just how impactful CBD oil can be in treating a range of medical conditions and other woes.

A Few Uses for Hemp in Everyday Life

As previously mentioned, hemp is excellent in food and drinks. Hemp oil is considered a viable supplement, while hemp seed oil is a low smoke point cooking oil rife with beneficial acids for the body.

Hemp seeds are especially useful in food. They are responsible for producing beneficial teas and milk. Hemp milk is noted for not causing allergic reactions, in addition to being a source of omega fatty acids, calcium, iron, niacin, and zinc. Meanwhile, hemp tea is credited for treating conditions from chronic pain, allergies, insomnia and a range of mental health conditions.

Hemp is often credited as one of humanity’s earliest plants cultivated for textile fibers. The earliest signs of hemp as clothing date back to 8000 BC in Mesopotamia. Emperor Shen Neng told his followers to grow hemp for clothing and for its healing properties. Using hemp for clothing continued through the middle ages to the 1920s when 80 percent of clothing was produced from hemp.

The prohibition on hemp did not halt clothing production and now finds itself back on the rise. Manufacturers use hemp as an inexpensive fiber that is three times stronger than cotton while producing more fiber per acre than trees and absorbing more CO2 than trees. Buyers also love it for its often lower cost while working in a range of garments from silk to cotton.

It’s a popular notion that the Declaration of Independence was written on hemp paper, however, the truth is that it was actually animal parchment. While that fact does hurt the legacy of hemp paper slightly, hemp paper was used for its drafts and served an important part in drafting the laws of the land.

Hemp paper is known for being more durable and stronger than wood-based paper. Like clothing, hemp is able to outproduce its rival products – beating trees at a rate of 4:1. No wonder yellow journalism giant and massive timber investor William Randolph Hearst wrote numerous articles against hemp – which Congress used as evidence during its prohibition decision.

Hempcrete is a relatively new term representing the reemergence of hemp home building. Combining a bail of hemp with mortar, lime, and water results in a limestone-like product that is fireproof, mold resistant and strengthens over time.

While hempcrete could provide homes with a low-cost building solution, some say it won’t eliminate concrete. Instead, they suggest it is best to view hemp more like drywall that insulates structures when not on the ground level. Other limitations have held hempcrete back a bit. However, with prices expected to decline and the long-term environmental benefits in place, we could see more on construction sites in the years to come in one form or another.

Many More Uses for Hemp

Recently, the U.S. Senate passed its farm bill, which included hemp legalization. Senate majority leader Mitch McConnell has been a vocal proponent for the bill so farmers across the country can explore their interest and possibly offset declining demand in crops like tobacco. Senator McConnell added, “Younger farmers in my state are particularly interested in going in this direction. We have a lot of people in my state who are extremely enthusiastic about the possibilities. As we all know, hemp is very diversified.”

The above are just a few of the uses for hemp that can benefit our lives. From health care to home building and beyond, hemp is a versatile, natural element that is back on the rise. No other plant or substance can impact lives on such a diverse scale.