CBD and Sports Officially Come Together in the United States 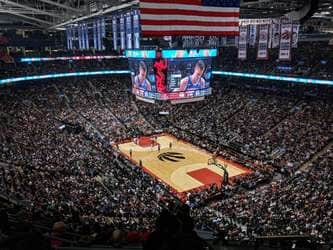 The worlds of CBD and sports have come together for the first time in the United States. Recently, the Big 3 basketball association announced that its players can use CBD oil to treat their injuries and body pains. With a league comprised of retired NBA and basketball veterans, allowing CBD may be the wisest step for the players and the quality of the league overall.

The Big 3 joins a growing list of athletics to incorporate CBD into the fold. However, the Big 3 is the only league in the United States to approve such a measure. Could more be on the horizon soon enough? To be honest, you may not want to hold your breath. That, however, does not mean players aren’t speaking up on the issue as they become aware of CBD’s potential healing properties.

The Significance of CBD in American Professional Leagues

Becoming the first American professional sports league to allow CBD is monumental for the Big 3 and American sports as a whole. The significance of CBD and sports coming together was not lost on Big 3 players. Former NBA stars and current Big 3 athletes like Al Harrington and Carlos Boozer made their feelings known about the league’s decision. Boozer, a 13-year NBA veteran and 2008 Olympic gold medal champion for Team USA basketball, credited league co-founder Ice Cube.

In June, Boozer told the Chicago Sun-Times “…And at the end of the day, guys do have pain. Marijuana has been seen medically to help people with their pain. And Ice Cube feels like it’s OK for our league, so he passed it. And I’m sure there’s a lot of leagues that will end up following that later.”

Harrington, a 16-year NBA veteran and current co-captain of the 2017 Big 3 champions Trilogy, is a vocal advocate for cannabis as a medical treatment for athletes and others. He told CBS Sports, “Over the last couple of days, there’s been a lot of announcements and stuff like that. There’s now a pharmaceutical cannabis drug on the market. The government is trying to allow vets to be able to use cannabis and give ’em more access to cannabis. And then from a sports standpoint, being that the BIG3 will be the first professional league to allow CBD use in the league, I think it’s just huge.”

Boozer and Harrington represent just a small portion of the positive sentiment. Harrington’s Trilogy co-captain, Kenyon Martin, estimated that 85% of the league consumed cannabis during his NBA playing days from 2000 to 2015.

NBA players often fly under the radar when it comes to notable sports injuries. Other athletics, such as hockey and American football, tend to turn heads with severe injuries and huge hits. Aside from the seriously-do-not-Google injuries of players like Kevin Ware, Shaun Livingston and freak incidents like Amar’e Stoudemire’s eye poke in 2011, most basketball injuries are considered minor by comparison. That said, the tolls on their bodies are just as important to the individual’s quality of life.

A July 2010 study analyzed 17 years of NBA injuries, totaling 1,094 players. The analysis found that lateral ankle sprains were the most frequent injury at 13.2%, followed by patellofemoral inflammation (11.9%), lumbar strains (7.9%) and hamstring strains (3.3%). While these injuries pale in severity compared to the head, knee and leg damage more common in the NFL, former basketball players can and often do experience chronic body pains that disrupt their quality of life as they age.

In 2015, former NBA center Adonal Foyle detailed another setback NBA veterans may not expect after retiring: declining health care coverage and costs. Foyle noted that most players retire “because something in their body is not responding the way it used to.” Foyle expanded on the point by detailing in-game action. “When you’re watching an NBA game, it’s safe to assume that almost every player is dealing with some nagging injury. Later in the season and in the playoffs, it only gets magnified. And these types of injuries will linger long after their playing days are over.”

When it comes to health costs, Foyle noted that most players, aside from mega salary earners, could struggle with medical expenses post-retirement. To counter the issue, the NBA Players Association (NBPA) allocated $10-$15 million of its share from its TV revenue deal to fund insurance costs for over 1,500 former NBA athletes.

Will CBD and Sports Come Together in More American Sports Leagues?

The Big 3 wasn’t the only organization to bring CBD and sports together in 2018. Thanks to the World Anti-Doping Agency (WADA) removing cannabidiol (CBD) from its banned substance list, a slew of athletes and sports can now consume CBD oil to treat their injuries and pains. The most notable sporting event to kick off the change was the recently concluded World Cup in Russia.

Meanwhile, American athletes in other sports champion the use of CBD in their respective sports. The NFL may be most prominent of the leagues at the moment. A wave of outspoken players have given their support to a series of topics from domestic violence to racial profiling and even CBD. NFL veteran Marvin Washington may be the most prominent name pushing for change through cannabidiol. That said, a wave of current and former players have taken up similar causes around CBD and the NFL.

All-Pro wide receiver DeAndre Hopkins of the Houston Texans sees CBD as a potential option to combat the league’s out of control and deadly Chronic Traumatic Encephalopathy (CTE) issues. Hopkins recently told TMZ that, “I only think it would help if they [looked into CBD]. You look at all the problems with heads. I don’t think it would hurt if they were to try something else and see what could help players.”

Former Kansas City Chiefs kicker Nick Lowery is just one of former NFL players to agree with Hopkins and other players. Lowery is now part of Pennsylvania-based Kannalife Sciences, which is developing CBD products geared towards treating CTE for athletes and others. Lowery told KMBC News, “We’re going to help, I think, reverse the opioid epidemic…and hopefully reverse the death sentence that NFL players have.”

With a growing number of athletes pushing for reform just as lawmakers appear to be doing with CBD, we may see some change happening sooner than later. Though, nothing appears to be on the horizon.